A Sunny Extension in a Tight Urban Fabric

The century-old solid brick house had bluestone footings which were failing in this highly reactive soil, causing cracks in the building fabric. The house was pleasantly cool in summer but hard to heat the other nine months of the year. The owners have three young children and the two-bedroom home was splitting at the seams. The main connection to the garden was from the old scullery, the small bathroom was added in the fifties and in a state of disrepair. The front door had to be constantly readjusted to follow the movement of the old footings. The budget was too small to start from scratch but had to allow for a new bathroom, a new entry, new sunny living areas as well as repairs to the existing roof and plaster.

The existing home was located too close to the north fence, thereby depriving the rooms from much sunlight and winter warmth. It was decided to locate the proposed extension close to the South fence so that the new living areas could be bathed in sunlight. The extension is built on a concrete slab which provides desirable thermal mass.

The existing hallway now ends at a new window which offers views of the garden, now giving light and an open feel to the passage. An old plastered wall in the hallway was exposed to reveal characterful brickwork. The floor plan was simplified to ensure independent access to each room and a flowing layout.

A highly-efficient gas log heater with double-flue warms up the living areas while ducted heating remains at the front part of the house.

The concrete slab edge is insulated to minimize heat loss. Walls are insulated to R2.5 and an R6.0 combination of fibre-free insulation and reflective sarking is retrofitted to the existing roof and installed in the new works. Windows are well sealed and fitted with double-glazing units filled with Argon gas.

Smaller openings to the South side provide effective cross-ventilation. North-facing windows are fitted with a horizontal canvas blind with retractable arm which provides shading only where and when desired.

The slab is made using Green concrete which uses recycled aggregates and inert fly ash replacing part of the highly polluting cement. New walls and roofs use either solid or laminated sections of plantation pine. Existing architraves, floorboards and skirting boards are reused to their full possible extent in the new works.

Low-VOC (Volatile Organic Compounds) water-based glues and finishes for walls, floors and timber were used throughout.

Taps and shower heads are WELS 5-star rated. The existing rainwater tank now supplies the garden as well as the toilet and washing machine.

The house was entirely rewired and measures taken to minimize electro-magnetic radiation (EMR) inside. 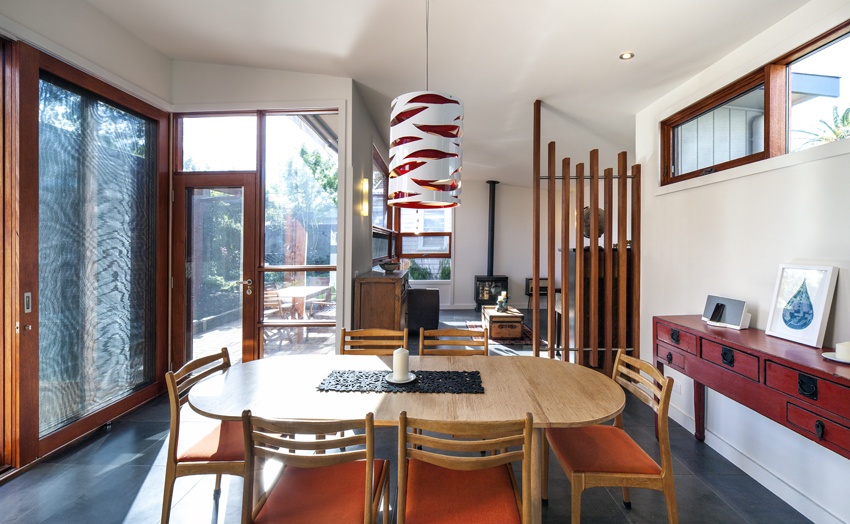 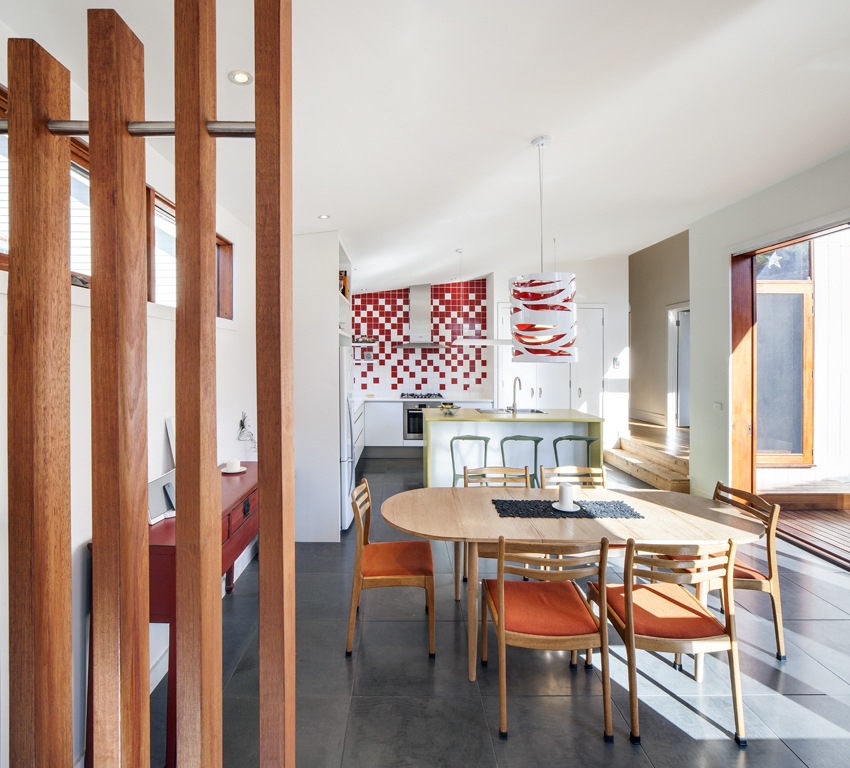 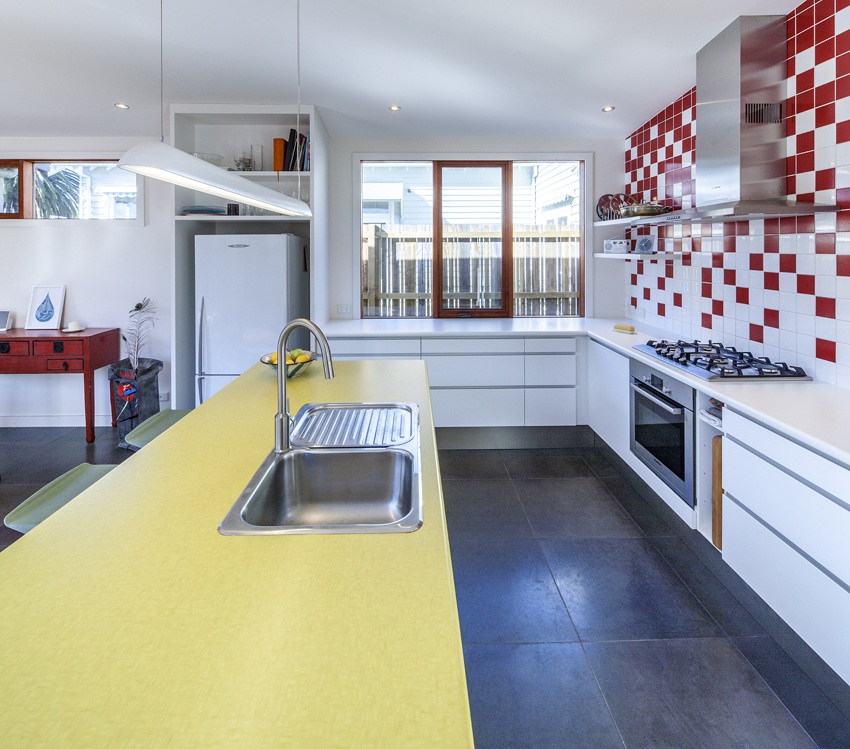 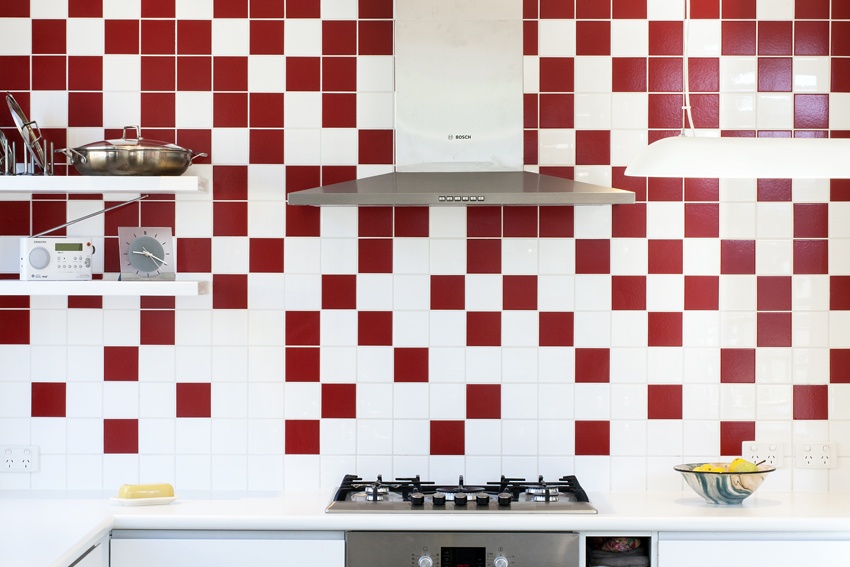 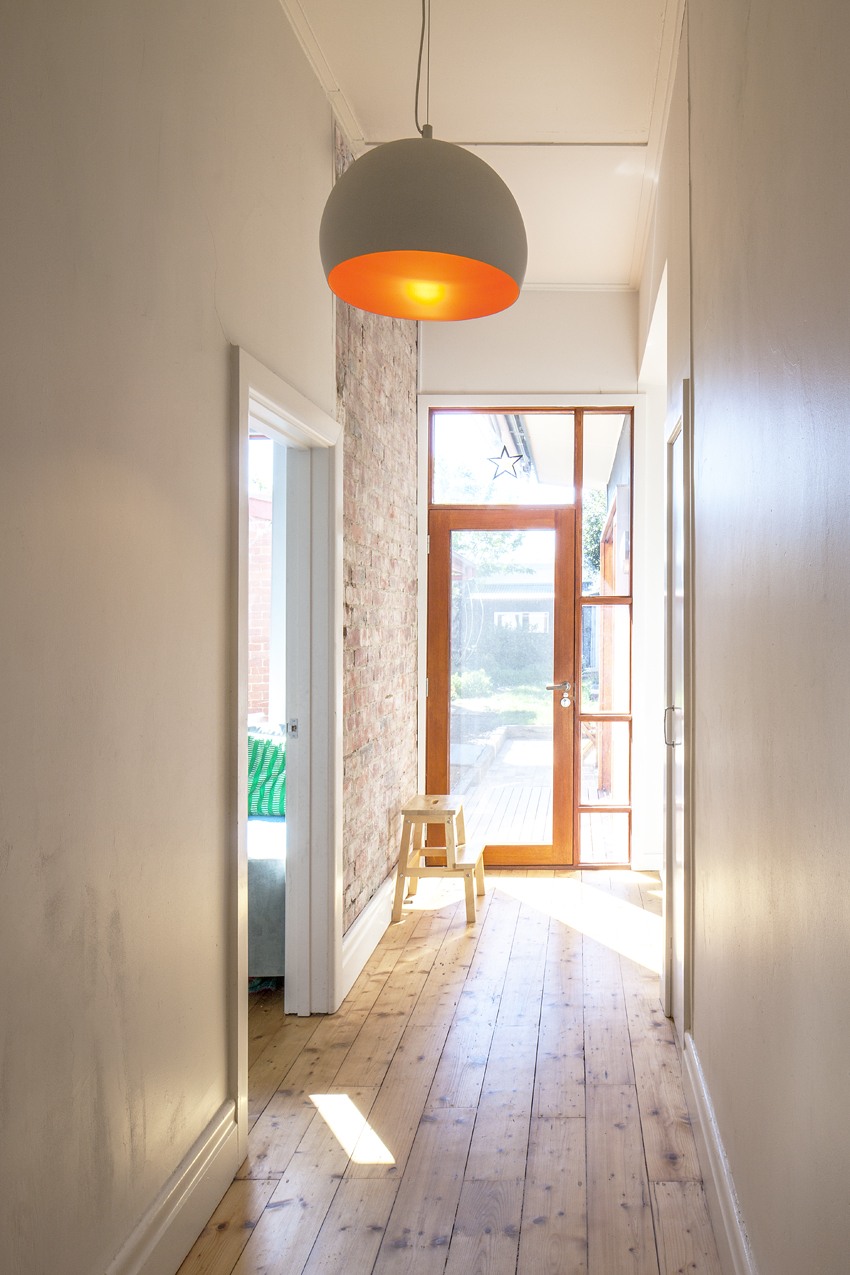 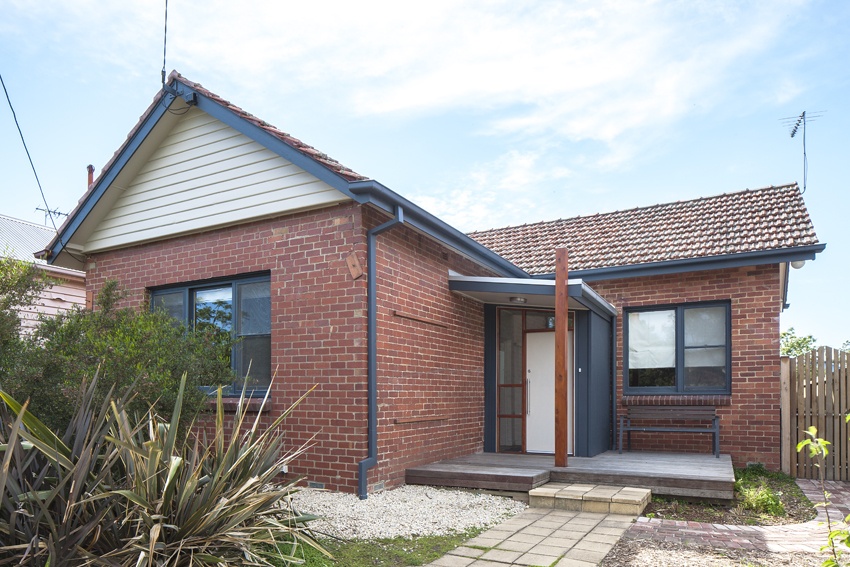