A Classic Ranch Style Made Bright and Airy

The owners bought the property for the magnificent block of land and quickly realized that they would need to renovate the home, a classic ranch style only 15 years old, to make it brighter, warmer and more functional for their family of five.

It was decided to stage expenses by altering living areas first and the sleeping zones as a second stage.

Pulling down the verandah in front of the north-facing living areas was an easy first step as it immediately brought more natural light to the rooms and allowed some sunshine to get in.

The long narrow floor plan was widened and the different living zones articulated to free up the circulation pattern in the home. The owners were keen to get rid of the stunning existing stone floor as they thought it was the reason the house was dark and cold. With a bit of convincing, they agreed to retain it and extend it to the additional space. It is now a great feature of the light and bright home.

To bring light to the kitchen and brighten the living room, new high roofs were installed with clerestory windows in between them to project light deeply into the rooms below. Higher ceiling heights also accommodate taller windows which open up the vistas to the natural surroundings.

A combination of fibre-free insulation and reflective sarking was installed in the ceiling and double-glazing units fitted to all new windows. New walls were insulated to R2.5.

The home now works as a passive solar space, with the slab absorbing the warmth of the direct sunlight in winter and releasing it in the evening. The wood heater is now only used on cold nights instead of 9 months a year.

The new clerestory windows can open in summer to flush the hot air that accumulates near the ceiling, creating a cooling breeze in the home (Venturi effect). All windows are protected by properly dimensioned eaves, effectively shading the slab in summer.

The kitchen was built using solid recycled timber and particleboard free of emissions (zero VOC). Natural chemistry paints were selected for the interior. Tiles are glued with non-toxic glue and plasterboard is fixed using screws rather than chemical glues. The stone floor was finished with a natural sealer.

Bricks, doors and different timbers from the demolition were reused in the new works. 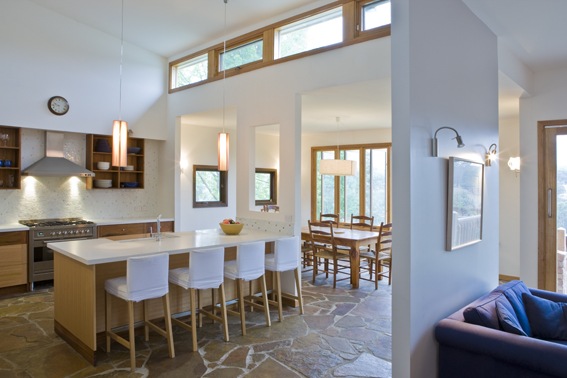 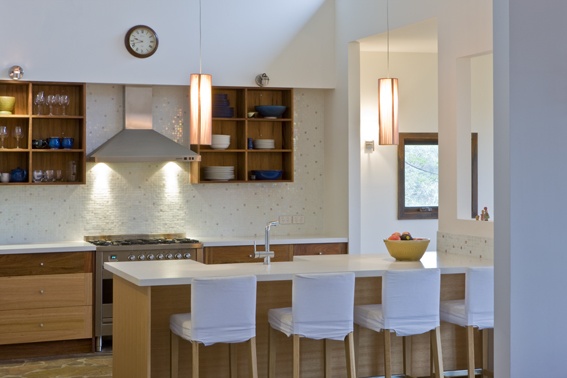 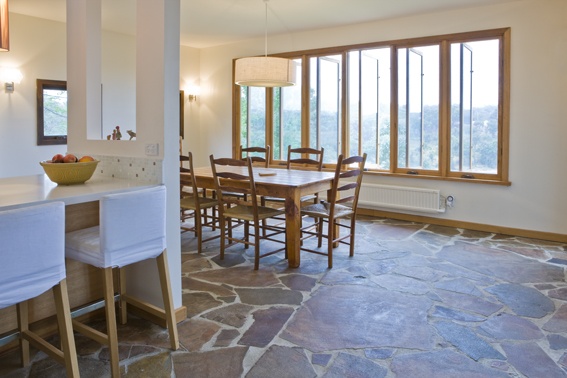 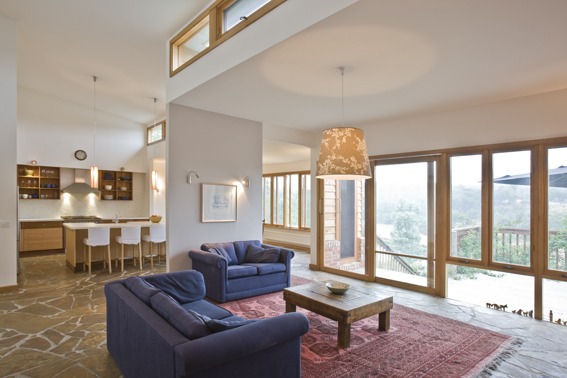 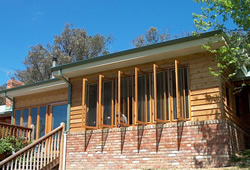